Luis has been in the air since he was 13 years old when he began Hang Gliding in his native Argentina.  His desire to become a pilot brought him to the United States and in 1995 he fulfilled a life dream when he joined a major Airline as a pilot. Together with flying, since his early childhood, Luis had a passion to share knowledge.  He instructed hang glider pilots in Argentina and later, after graduating from Embry-Riddle Aeronautical University (ERAU), he became a flight instructor at the University.

In 1999 he became an instructor for in the Boeing 767 and he has been living his two passions ever since. He has helped develop several training programs for his fleet and also for all pilots in his company.

In 2005 he was diagnosed with depression and successfully underwent cognitive therapy treatment. Soon after, he discovered mindfulness which allowed him to apply what he leaned during cognitive therapy to treat his depression.  After being introduced to mindfulness, he realized that mindfulness is the highest level of situational awareness (Mind SA as he calls it) and he began to introduce it to pilots.

In 2009, he used mindfulness to help him recover from a tragic accident in which he had a traumatic spinal cord injury. Seeing the power of the practice to tolerate what most will consider intolerable levels of pain, he realized that mindfulness practice was far reaching, both in and out of the flight deck — it connected with everything we do!

During the process, he discovered that Professionalism alone was not enough to reach the highest level of performance in his profession.  When it came to achieving the highest level of safety, self-control – the ability to maintain focus and regulate one’s emotions – was an absolute pre-requisite.  With that self-realization, Luis made it his life journey to bring mindfulness to flightdecks worldwide.

In 1996, during my first year United, I stumbled in my probationary PC. Since I had done well during my initial Qual Training, my Fleet Training Captain at the time pulled me aside to find out why I had trouble in the recurrent evaluation.  He quickly realized that there were external factors in my personal life that were affecting my performance. Therefore, he recommended I talk to EAP. At the time, the SOAR  program did not exist yet. However, this experience was my first time accessing resources that were available to me.

We had spent 12 years trying to conceive when our daughter arrived. Ironically, the miracle that we were expecting would bring all the “missing joy” into our lives, was actually the change that plunged us into depression.  Because the psychologist that we went to see at the time recommended medication for both of us, I decided to reach out to EAP once again before I took medications to consult with someone that understood the impacts to my career. At the time, the FAA did not yet approve flying while taking antidepressants. In addition, the therapist at the time believed that I would do well with cognitive therapy without having to take medications. She recommended I seek a therapist who used cognitive therapy and she also recommended a book called “Feeling Good” by David Burns.

While our therapist was treating and educating us with cognitive therapy, I felt as if I was learning the “FMC” of my brain and that up until then, I had been flying “raw data!”

After completing depression treatment, a tumor was discovered in my sacrum which had to be removed by surgery. Therefore, in order to return to flying, I had to go through the FAA process for both, depression treatment and the tumor surgery. Throughout the whole process ALPA AeroMedical –  Aviation Medicine Advisory Service (AMAS) and United Medical were invaluable.

After having gone through cognitive therapy, I was introduced to mindfulness in 2007. At that time, my practice was sporadic and tentative, but it still produced tangible benefits in my life. And, I realized the impact that it had in my professional life as it provided me with increased situational awareness of where my mind was while flying. I called it “Mind SA.”  Soon I realized that there was no way to have effective situational awareness without first having awareness of where my mind was in the present moment.

It was then that, as an instructor in the B756 fleet, I realized the correlation of mental awareness (or the lack of it more precisely) to several fuel related incidents we had experienced in our fleet.

In 2009, after a tragic accident which put me in the hospital with a broken back, amongst many other broken bones in my body, a friend provided me with Jon Kabat Zin’s “Mindfulness Meditations for Pain Relief.”  The practice in his audiobook was invaluable to allow me to let go all of the pain medications (which at one time included Dilaudid, Hydrocodone, Oxycontin, and Neurontin, all at the same time!) in order to be able to fly an airliner again.

I could not have returned to work without two great resources:  mindfulness practice to help me manage my pain without drugs and ALPA-AMAS to help me navigate all the require documentation to return to flying.

This last experience solidified my belief on the great benefits of mindfulness in my career and my personal life.

Since then, I have practiced mindfulness on my own and supported it by different sources, which include Headspace, The Waking Up App, and I have also completed “De-Mystifying Mindfulness,” an online course from Universiteit Leiden, in addition to several books on the subject like  “Fully Present: The Science, Art, and Practice of Mindfulness,” by you and Susan Smalley.

Because of my own practice applied to flying and the impact mindfulness has had in my life, I have worked with different organizations to try to incorporate mindfulness into pilot training for the past 4 years.

Throughout this journey of ups and downs, I have learned the importance of reaching out to all the resources we have at our disposal in our profession.  SOAR, in addition to the resources mentioned above are all available to us pilots during difficult times. I have learned though, that it takes great courage for one to raise their hand and say, “I need help.” But once one does, all the people we have around us willing to support us can change our lives. 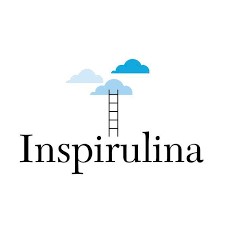